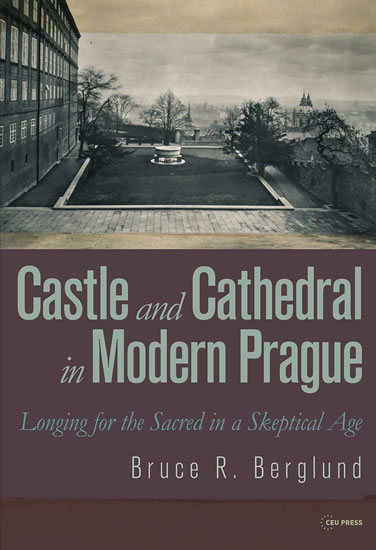 Castle and Cathedral in Modern Prague: Longing for the Sacred in a Skeptical Age

Titul: Castle and Cathedral in Modern Prague: Longing for the Sacred in a Skeptical Age

https://www.zalozka.cz/castle-and-cathedral-in-modern-prague-longing-for-the-sacred-in-a-skeptical-age-259553
Kopírovat odkaz do schránky
Poslat na email
Prague in the early twentieth century was the city of cubists, surrealists, and the Good Soldier vejk. This book takes a new approach to interwar Prague by identifying religion as an integral part of the city s cultural history. As Prague emerged as a modern city and the Czech nation gained independence, Catholics, Protestants, and those who imagined a non-sectarian religion debated questions of faith and morality. Contrary to the conventional view of modern Czech elites as atheistic, Berglund shows how they were deeply concerned with the place of religion in modern life.
Based upon a wide array of sources, the monograph explores the linkages between politics, theology, and architecture in the building of new symbols and a civil religion for the first Czechoslovak republic (1918-1938). Berglund views the contest of the sacred and secular in Prague within the broader context of religious change in twentieth-century Europe. His book lays a foundation for understanding both Czech culture of the interwar period as well as the nation s and Europe s religious history in the modern age. The author takes an approach that is both interdisciplinary and biographical by focusing on important figures in the politics and culture of interwar Prague, including Tomá Masaryk, the philosopher who became Czechoslovakia s first president; his daughter Alice, founding director of the Czechoslovak Red Cross; and Joze Plecnik, the Slovenian architect who directed the renovations of Prague Castle and designed one of the city s most renowned churches. This study of the beliefs and doubts held by these and other figures shows the transition from a (mostly) Catholic tradition to a new religious conception that was modern, humanistic, and detached from any institution much like the religious beliefs held by many Europeans today.